Just a quick update on the finalized character design, this time the artist did tackle it according to my expectation. BTW do feel free to provide some feedback:) 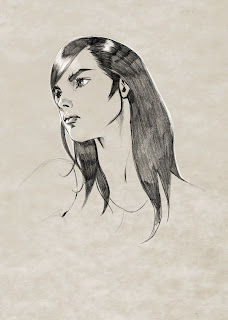 This morning I receive another color test page from the studio head. This time I instantly fall in love with the visual style. The only thing to be revised is the facial features. Well, the heroine's face needs to be more "feminine". Hopefully, next week I can have it all rectified and ready to enter production phase *can't wait!!!* 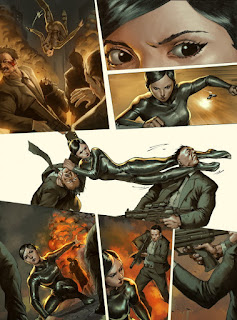 Just a quick update. I received the color test page for Project U just now. Somehow I think that something is still off with this test page. The color ambience doesn't have that chemistry or connection to the feel of the overall scene. But I decided to post it here for you all to see. Anyway, comments are much appreciated and I welcome your suggestions. 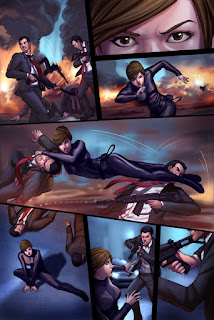 This morning I got an email from PAGE Awards regarding the judge feedback on my screenplay. FYI, I entered my drama script last May for PAGE International Screenwriting Awards 2011. It is my first ever screenplay and the script I entered is the second draft so I know there is still a lot of stuffs to be improved, but since the submission deadline is very tight I decided to enter it anyway.

I decided to share the judge's feedback on my script for all of you to read. I know it's a FAIL (55 out of 100), but it motivates me to keep rewriting and improving my storytelling skill. Also by entering the competition, I got the feedback from Hollywood's associate producer and script supervisor, who has worked on the projects by Warner Bros, Disney, New Line, Paramount, MGM, United Artists, and Fox. I also attach a feedback from a script doctor named Eric (not related to PAGE Awards) and since his feedback is very constructive, I also share it here for all of you to read.
Tidak ada komentar: